Workers’ comp was created as a no-fault system designed to be beneficial to both the
employer and the employee. Specifically, an Arizona employment lawyer explains that workers’ comp:

While this sounds good in theory, an Arizona employment lawyer will explain from experience that the insurance carriers who provide the coverage often make it very difficult for the injured worker to collect the benefits to which they are entitled. 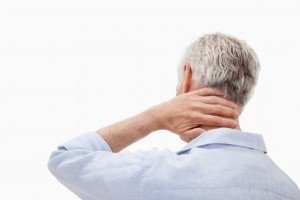 Some injuries are undisputedly work-related. For instance, a firefighter who sustains burns while putting out a blaze or a policeman who is shot while apprehending a felon are obvious examples of getting hurt on the job. However, an Arizona employment lawyer explains that many workers’ comp insurance carriers have red flags when it comes to assessing claims. If a claimant’s circumstances involve one or more of the following, the carrier may delay or deny the claim:

Most of these issues are immaterial to the claim and should not be a basis for denial but often are.

Delay in Reporting the Injury

It is suggested to report any injury immediately to the employer and this makes sense for both parties. The injured employee can begin to receive medical care quickly, and the employer can investigate the facts surrounding the claim while the situation is current. However, an Arizona employment lawyer reports that many injuries are not the result of a single incident; instead, they develop over time. Carpal tunnel syndrome is one such affliction as are respiratory diseases that are the result of inhalation of toxins over time. Consequently, Arizona law permits the filing of a claim within one year of the date when the injury occurred or when the worker reasonably discovered the injury.

The employer has the right to choose the doctor the injured worker sees for the first visit after the injury. Most workers do not know that after that first visit, they may see any doctor of their choosing. Further, as an Arizona employment lawyer explains, if the worker visits the employer’s designated doctor a second time, that doctor then becomes the treating physician in the case. This is important because many doctors who align with workers’ comp carriers seem to reach conclusions that limit the injured worker’s benefits.

Appealing a Denial of Benefits

If a claim is denied or benefits are suddenly terminated, the individual has a right to a hearing before the Industrial Commission of Arizona. The hearing is very much like a trial but less formal. Evidence can be presented, and witnesses may testify. The insurance company will be at the hearing represented by their lawyers, and it is the worker’s right to be represented by an Arizona employment lawyer.